Know About 5 Elements of Nature

The system of five elements are found in Vedas, Ayurveda, the pancha mahabhuta, or "five great elements", of Hinduism are shunya (Space or Zero), vayu or pavan (Air or Wind), tejas or agni (Fire), ap or jala (Water), marutand vyom and bhūmi (Earth).

2. “Air” - Sense of Touch
Air is the element of intelligence, creativity, and beginnings. Largely intangible and without permanent form, air is an active, masculine element, superior to the more material elements of water and earth.

3. “Fire” - Sense of Sight
Fire is associated with strength, activity, blood, and life-force. It is also seen as highly purifying and protective, consuming impurities and driving back the darkness. Fire is traditionally seen as the most rarefied and spiritual of the physical elements because of its masculine properties (which were superior to female properties). It also lacks physical existence, produces light, and has a transformative power when it comes in contact with more physical material. 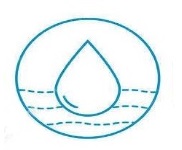 4. “Water” - Sense of Taste
Water is the element of emotion and the unconscious, as opposed to the conscious intellectualism of air. Water is one of two elements that have a physical existence that can interact with all of the physical senses. Water is still considered less material (and thus superior) to earth because it possesses more motion and activity than earth. 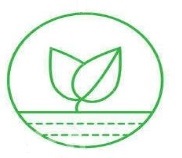 5. “Earth” - Sense of Smell
Earth is the element of stability, groundedness, fertility, materiality, potential, and stillness. Earth can also be an element of beginnings and endings, or death and rebirth, as life comes from the ground and then decomposes back into the earth after death.


COSMOS SET OF 5
Cosmos is based on the five elements of nature. Space, Air, Fire, Water and Earth. Immerse in the sense of natural to synergize mind, body and inner being.
Click Here for Cosmos Set of 5